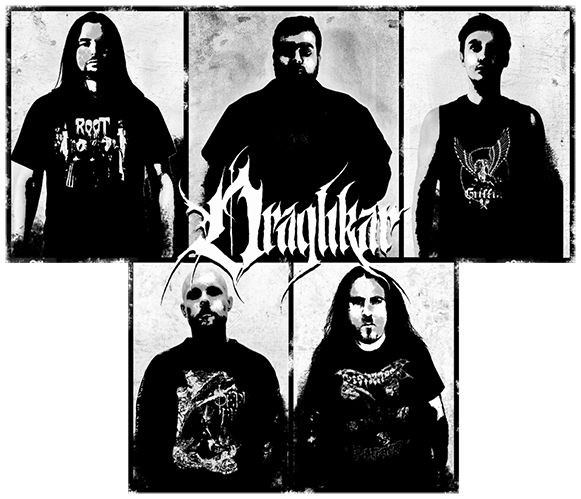 California Death Metal Horde DRAGHKAR will release its full-length debut album, At The Crossroad of Infinity, July 27 on CD and digital formats via Unspeakable Axe Records.

Sunny southern California would seem like an unlikely place for utterly bleak and hopeless death metal to emanate from. But it makes more sense when you consider DRAGHKAR's roots in the black metal scenes of sun-soaked Italy and Greece, or for that matter the Floridian origins of the earliest death metal, which clearly this band has also absorbed.

With these influences, as well as a healthy infusion of the old Finnish gods, DRAGHKAR is proud to unleash their debut full-length, At the Crossroads of Infinity. Through six tracks and around a 35-minute runtime, the band hews closely to their purpose: pummeling riffs and pounding rhythms that sear themselves into the brain, and monstrous vocals that send a shiver down the spine. The band acquits itself with confidence here, their best and most polished material following the obligatory run of demos, splits, and EPs. Clearly their time in the trenches, as well as sharing members with other bands like Drawn and Quartered, has made them formidable. 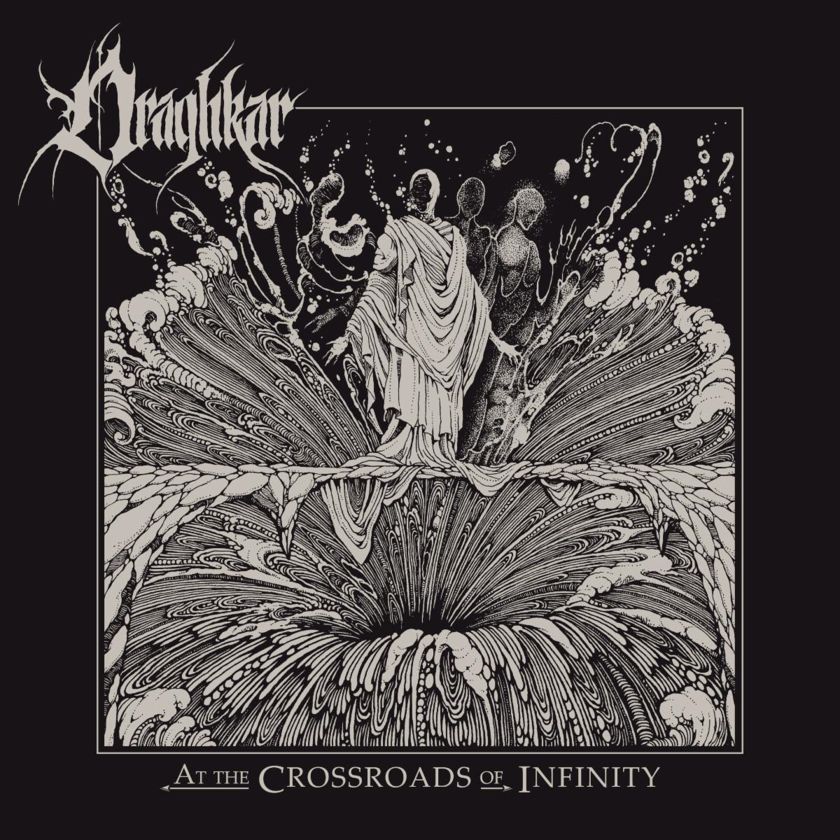 1. The First Death
2. Beyond Despair, The Dawn of Rebirth
3. An Erosion of the Eternal Soul
4. Seeking Oblivion
5. Pursued by Black Forms
6. At The Crossroads of Infinity

Draghkar was formed in 2016 by BW as an outlet for his love of death metal. Originally a tribute to the elder days of the Finnish death metal scene, they put out their first demo on cassette with Witchhammer Productions from Thailand in 2017. It was re-released by Blood Harvest Records later that year. After a series of lineup changes, Draghkar released a split with Desekryptor in the earlier half of 2018 and have come back now with their most ambitious and original output to date, a four track EP entitled The Endless Howling Abyss