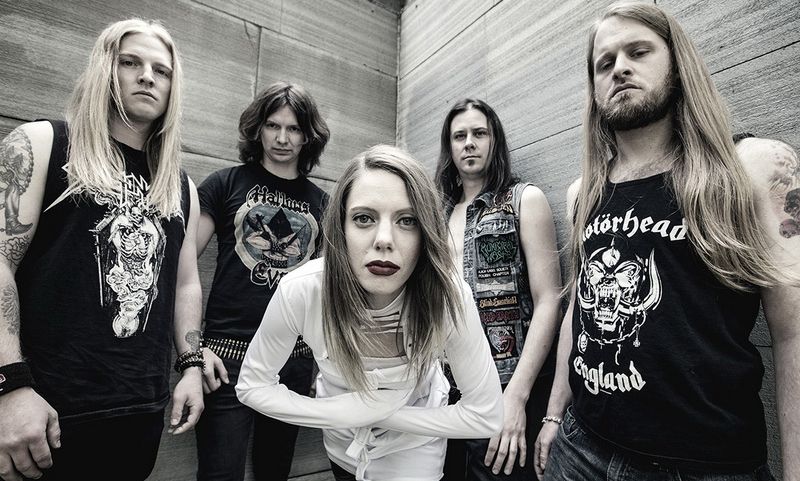 Canadian melodic thrash metal group Hyperia have released their first material from their upcoming album Insanitorium (via Sliptrick Records). The track is called Dystopia and here’s what the band had to say about it; “Dystopia is a politically based track about the corruption that has been going on in our world, and continues to affect us every day, particularly on a governmental level. It’s a song that hits you in the face the entire way through with lots of intricate parts from every instrument. It’s a perfect representation of our debut album Insanitorium – melodic and catchy as well as fast and heavy.”

Taken from the album: Insanitorium

HYPERIA are known for their wailing vocals, shredding guitars and fast, heavy music. Formed by Colin and Marlee Ryley in September 2018, they found 3 members from the metal community and hit the ground running. With the release of their debut EP "FISH CREEK FRENZY", HYPERIA has been thrashing venues and have been taking the metal community by storm.

In 2019, HYPERIA signed with European Label "Sliptrick Records" who will be releasing their debut full length entitled"INSANITORIUM" worldwide later on this year.

SORCERER Lamenting Of The Innocent

Eternal Delyria is a new a new acquaintance to me, but according to their biography the band was…

Some releases are harder to review than others this is most certainly one of them. Why is that you…

MY DYING BRIDE The Ghost Of Orion

Nephylim is a five piece Dutch melodic death metal band, formed in 2015 and after a few line-up…