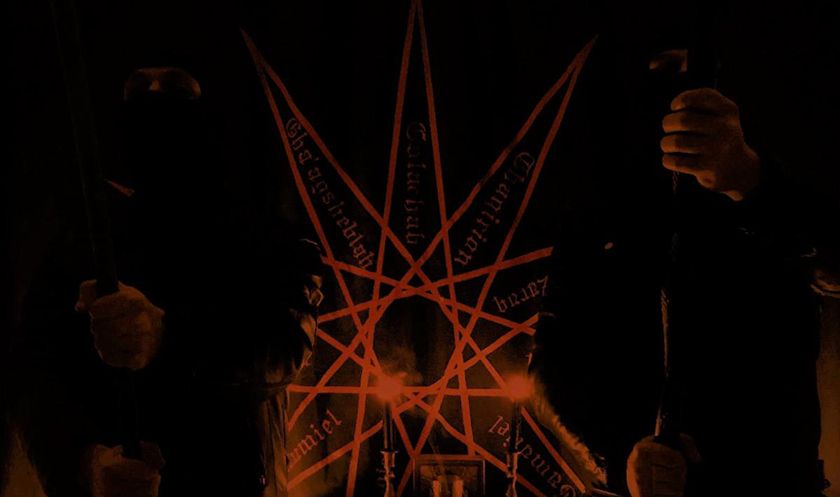 The Red Black Clan of NOX FORMULAE returns with their second sonic grimoire of Higher Black Magic. Delving deeper into the Draconian Universe and the Shadow Current emanating from the hidden and relatively unexplored realms of the Qlipha of the Concealers, Satariel, Archon of which is the second face of Lucifer, the Mighty King Lucifuge Rofocale.

DRAKON - DARSHAN - SATAN is based -music and lyric wise- on the grimoire At the Outskirts of the Shadow Current: The Dark Initiation in this lifetime by Daemon Gharrassielh and all those Dark Traditions offered by the Red Dragon to humanity.

The band comments on the album: “DRAKON - DARSHAN - SATAN is an actual sonic grimoire of Higher and Lower Black Magic. It is based on actual experiences on the physical and the magical planes. One can deal extensively with the themes appeared in this record through the upcoming grimoire At the Outskirts of Shadow Current: The Dark Initiation in this Lifetime, by Daemon Gharrassielh. Crush all enemies and welcome Noctifer, the king of the Shadow Allies!”

DRAKON - DARSHAN - SATAN is a musical outcome of actual experiences that took place both on the physical and spiritual planes during the time years 2015-2019. 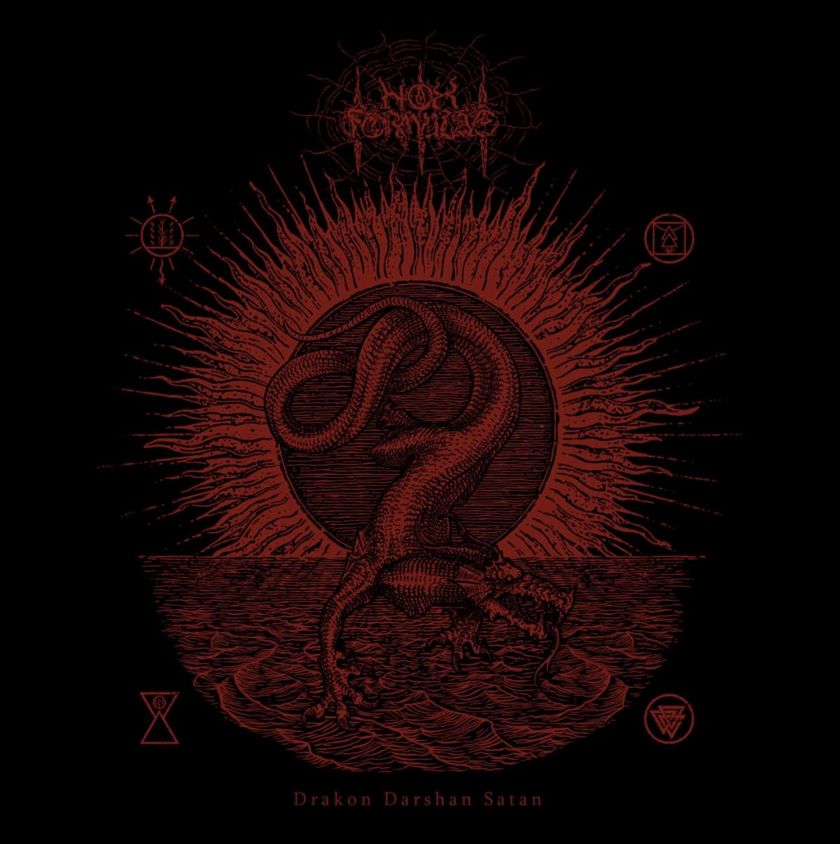 1. Psychopath Of NOX
2. Ravens Of Terror
3. Eclipse Of Gharrasielh
4. The Black Stone Of Satan
5. The Blood Oath Of Thagirion
6. The Arrival Of Noctifer
7. Berzerks Of OD
8. Eve Of Annihilation

All music by Wolfsbane 1.1.
All lyrics, mantras, sigils and additional chants by Daemon Gharrassielh
Artwork and layout by LGN

The Shadow Allies are here, welcome the Arrival of Noctifer!

Nox Formulae is an emanation of the well of N.O.X, the darkest aspect of the Draconian /Typhonian Principle which applies to the mystical Black Magical Formula of XONOX.

Nox Formulae stands as the outer part of an esoteric clan: a Red Black sect driven by Luciferian fanaticism, mission of whom is to establish the Ruler of Atlantis in the human subconscious. By enthroning the Dragon, the gates for Those emerging from the Shadow of O.D. will open widely to this world.

Nox Formulae 's first recording ''The hidden Paths to Black Ecstasy'' is a true sonic grimoire (and should be treated as an equal to an actual book of Dark Magic) which ,for the first time in music and literature in regard, reveals clues and secrets for the Shadow Chiefs - the Shadow Allies: Βeings who reside in the Death Plane ruled by the Black Dragon. A plane lighted up by the rays of the shining , all seeing Eye of Drakon.

Through the exploration of the unfiltered subconsciousness we can find and contact those extra-dimensional Entities in order to receive the Wisdom for the existence of Man as well as Dark Magical Intuition and Inspiration in a form of parapsychic powers.

By entering Their realms or by evoking Them to our world we deal with utmost, nightmarish Darkness. But there in, we will find the lost crown of Lucifer and the hidden gems of forbidden black Gnosis.